eventMay 24, 2013 By strawJenberry
comment No Comments on My First Freebie!

It’s taken more time than I ever imagined getting this blog launched!  But here we are with my first freebie for troop leaders.  A milestone!  Recently I began planning for my Brownies to bridge to Juniors.  While doing this I realized that after four years of being a leader, my parent participation was waning and yet my troop had grown bigger.  And by waning I mean that even though I had parents who were active in PTA, school functions, & the community, I was finding it difficult to even get drivers for field trips.  I couldn’t fill chair/management positions within the troop and I was doing too much–co-leader, treasurer, recordkeeper, etc. I didn’t mind, however I realized the more I did the less I did well.

At the same time I was aware that many of my girls were getting older, becoming active in sports and extra-curricular activities and developing interests like dance and gymnastics.  Those girls were beginning to “age out”…literally too busy or not interested in being a Girl Scout. I used to be sad when a girl would quit or lose interest, then I realized atrophy is a part of the natural ebb and flow of a troop. I always get new girls who truly enhance the troop as a whole.  So when spring registration started a month or so ago, I sent out an email indicating it was “that time again” and that parents should have a conversation with their daughter about continuing as Juniors.  While I would always take a girl back who gave notice, I needed to prepare for the future as best as I could.

So I came up with the idea of a Girl Scout handbook for parents that would outline the dynamics of troop functions.  I began searching the web for a handbook of sorts that would essentially “reinvest” parents in Girl Scouts.  Most notably that Girl Scouts is more than an extra-curricular activity.  I emphasized that the time commitment for Juniors should be taken into consideration when making the decision to move on.  I also instituted a mandatory number of volunteer hours per family.  I found such a handbook on the Girl Scouts, Hornets’ Nest Council website in Charlotte, NC.  I adapted it slightly, prettied it up with fonts and graphics and sent it out in the registration email.

The results?  The exact five girls I knew were undecided, made the decision to pursue other interests.  I didn’t have to talk to the parents about the lack of volunteerism or to the girls about what it means to be a Girl Scout.  Instead, provided with the information, the families made the decision that they couldn’t commit to the next level of Girl Scouts. And that’s okay! While I had hoped to keep the majority of my girls for as long as possible, as the troop grew, the dynamic became more difficult.  In three years we went from 6 to 8 to 10 to 13 girls.  I stressed about having enough drivers to volunteer.  I handled email communication, curriculum, crafts and planned trips.  I gathered permission slips, downloaded forms and attended leader meetings.  The same parents who never volunteered were also the most likely to RSVP for an event and then cancel at the last minute because something came up.  It got so bad I had to ask for reimbursements for council activities because I was required to pay ahead.

So I adapted and added to the original parent handbook from GSHNC so that it spans all ages and levels.  Feel free to personalize it for your troop, especially areas marked by [brackets].  I used the Girl Scout Omnes font, which can be found on the web.  The graphics for uniforms and programs at each level are in the back of the manual.  You can delete all the ages that don’t apply to you.  A pdf file is available but is not editable. 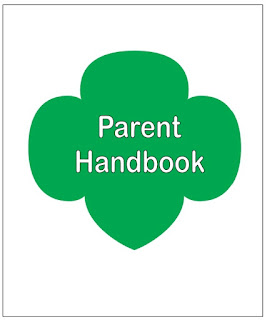 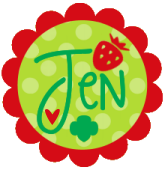 One thought on “My First Freebie!”

Leave a Reply to LindsayKcloseCancel